MiFID II – A Game Changing Piece of Legislature or Simply Another Restrictive Directive? We Ask the Question! 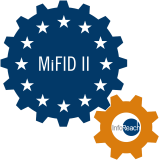 Celebrated by some, maligned by others, when MiFID II finally came into force on Jan 3rd, 2018 it represented a seismic change for the industry. From investment banks to insurance firms, you’d be hard pushed to find anyone, however disparately connected, who has not been deeply affected by its implementation—with certain factions making their displeasure heard. However, is the road to hell really paved with good intentions? Or is ESMA merely trying to change market structures without demonizing those involved? Here, we look at the good, the bad, and the ugly as we try to balance the books on MiFID II and what it means for the future of the markets.

An Expensive Road to Compliance

The eye-watering costs in reaching and remaining compliant have already been well documented. Billions of dollars have been invested in implementing new systems, retraining staff, overhauling existing structures, and simply trying to make sense of how new reports will be generated and distributed—and still confusion reigns. There is a certain amount of cynicism towards enforced compliance for exactly these reasons, with the whole process deemed a waste of time, money, and effort. For many industry stalwarts, the efficacy and value for money of self-regulation will always trump the meddling, inflexible directives of government and institution.

Recently, however, there have been a number of questions raised as to whether self-regulation is up to the task. In fact, MiFID II was designed specifically to cover the shortcomings of MiFID in the wake of the last financial crisis—essentially reinforcing the powers of regulators to end any self-regulation seen as detrimental to the market. ESMA distills the core of MiFID II’s aims as exactly that;

“This new legislative framework will strengthen investor protection and improve the functioning of financial markets making them more efficient, resilient and transparent.”

The “too big/complex too fail” maxim has been resoundingly disproved over the last decade, and ESMA believes that the costs involved in building a more transparent market should be borne by those most responsible for its operation. Here, the key concept is an independent viewpoint that will end the unfettered access to client finances that has led to them being used for oblique or even nefarious purposes. Now, in particular, off venue trades will require specific consent between dealer and client. Additionally, explicit consent will need to be granted before dealers can use client finances for their own purposes. The costs of compliance when compared to the collapse of the markets through the unregulated actions of certain rogue dealers should be balanced—at least in theory.

The Door to New Opportunities

These changes will, of course, restrict certain players within the industry, however, for anyone wishing to seize the reigns, new opportunities are likely to present themselves. There has been much speculation as to exactly how the data required for the comprehensive reports will be managed and delivered. Consolidating and harmonizing the swathes of data from disparate sources is indeed a challenge—and something that has particularly irked many of the larger organizations.

However, where many have bemoaned another piece of burdensome legislature, others are already seeing new opportunities to streamline and the markets. In particular, blockchain technology has been touted as a way in which to both efficiently reach compliance and also proactively identify market anomalies in real-time. A number of banks, led by UBS, have already dipped their toes into blockchain technologies in a bid to spearhead an automated revolution for themselves.

This has the potential to radically alter the markets, and the way business is conducted on a day-to-day basis. In fact, there are many who believe automation and other software solutions will gradually reduce costs and risks on many levels by improving trading efficiencies. At this point, however, these innovations are still unproven, and speculation as to their benefits is still very much in its infancy.

The scramble to reach compliance by the cut-off date certainly put financial markets in a spin, with the associated costs spiraling dangerously out of control for some. The financial impact of MiFID II will reach far into the future, with some suffering the after-effects more than others. Many will point immediately to the impact on investors themselves, and some believe that the extra costs incurred will feed down to investors in the long term, paving the way for higher fees (albeit transparent fee structures).

Another issue is the uncertainty surrounding research, in particular where asset managers must now pay for research separately from trades with banks and brokers. This may impact SMEs if research is pared down due to increased costs. The aim of this small piece of MiFID II is to reduce conflicts of interest; however, as we move forward, it may well lead to less information being available for investors.

Finally, a big question mark still hangs over the future of the UK and how Brexit and MiFID II will co-exist. Along with the raft of new changes for operators in the UK, Brexit poses yet another quandary when March 2019 rolls around. Transition agreements are already being drawn up and there is a consensus that large parts of the legislature will be retained. However, uncertainty is still rife, and some are predicting the UK may well place themselves at an advantage to European markets with exemptions designed to negate the power of Brussels over their own interests.

Whatever your views on these sweeping reforms, the impact of MiFID II is undeniable and far-reaching. Perhaps it is simply too early to judge the long-term ramifications, after all, even the implementation of the directive was delayed, and it will probably take many more years for the markets and investors to uncover the many “unknowns”. The status quo until now has leaned heavily on self-regulation, a method that some believe has worked perfectly well until now. It is perhaps no surprise then that these reforms have been viewed by some as unwarranted, heavy-handed regulation. However, it is worth remembering that MiFID II is far from an exercise in compliance designed to punish aberrant operators within the industry.

The question has been asked as to whether anything will actually change under the new directives, but what is becoming clear, is that much will need to change. Transparency may be seen as a buzzword to some, affecting many industries in a consumer-driven world, but as poor practice and repeated incompetencies are uncovered, it seems there can be no turning back from new and more open markets. The discussion, however, rages on, and wherever you stand on the issue, it looks like MiFID II is here to stay—at least for the foreseeable future. Those who do not adapt will surely die, but if you still have plenty to say on the subject, then let us know your feelings in our continued debate.