Consolidated Audit Trail. The Transition from OATS to CAT 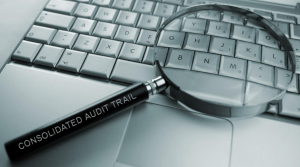 In 2012, as a result of the “Flash Crash” two years prior, the US Security and Exchanges Commission determined that the audit information captured by the electronic trading industry was insufficient for effectively investigating and enforcing regulatory requirements in the constantly evolving modern exchanges. The SEC subsequently released a proposal, known as Rule 613, to overhaul the auditing systems of the exchanges and self-regulatory organizations in order to combine them into a single, robust audit trail that would capture all relevant trade data from every stage of a transaction’s cycle...

MiFID II – A Game Changing Piece of Legislature or Simply Another Restrictive Directive? We Ask the Question!

Celebrated by some, maligned by others, when MiFID II finally came into force on Jan 3rd, 2018 it represented a seismic change for the industry. From investment banks to insurance firms, you’d be hard pushed to find anyone, however disparately connected, who has not been deeply affected by its implementation—with certain factions making their displeasure heard. However, is the road to hell really paved with good intentions? Or is ESMA merely trying to change market structures without demonizing those involved? Here, we look at the good, the bad, and the ugly as we try to balance the books on MiFID II and what it means for the future of the markets.